Fifteen seasons later, Thursday 7 February 2019 plays host to the season-opening 2019 Premier League Darts at the Metro Radio Arena in Newcastle-upon-Tyne. The invitational tournament has made and broken darts players who have qualified and been invited as wildcards over the years.

As Premier League Darts turns 15-years-old, the numbers have been crunched together into 10 key facts in the tournament’s history.

It was darts from another stratosphere from the Dutchman as he looked ominous for a whitewash against “Bully Boy”, but ended up winning comfortably by 7 legs to 1 with a 123.40 average as he won his second Premier League title in 2016. 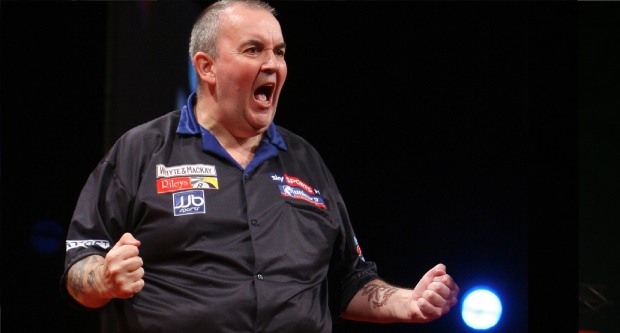 Phil “The Power” Taylor, the most successful player in Premier League Darts history, still to this day is the only darts player to have hit two nine-dart finishes on TV in one match against James Wade in the 2010 final.

Taylor has been a regular of Premier League Darts since the tournament started in 2005, before retiring after the 2018 World Darts Championship final where the 2017 season was his last Premier League appearance.

With van Barneveld, the Dutchman has qualified in the Premier League both in the Order of Merit and as a wildcard since he defected to the PDC from the BDO in 2006.

Gary Anderson is known for his incredible ton-180 scoring power, so it is no surprise that “The Flying Scotsman” holds the record for the most number of 180s hit in an entire Premier League Darts season with 79 in 2011.

Not only did he hit the most number of 180s in the 2011 season, but Anderson also went on to win the first of his two Premier League Darts titles, defeating fellow two-time World Darts Champion Adrian Lewis in the final by 10 legs to 8.

The 20,000-seater O2 Arena on the Greenwich Peninsula in London has held seven Premier League Darts finals, that’s more than any other venue over the last fifteen seasons of the tournament.

In 2019, it will be the eighth consecutive year that the O2 has held the Premier League final since becoming the finals venue in 2012, bringing 10,000 boisterous darts fans to Greenwich to see who will become the Premier League Champion. 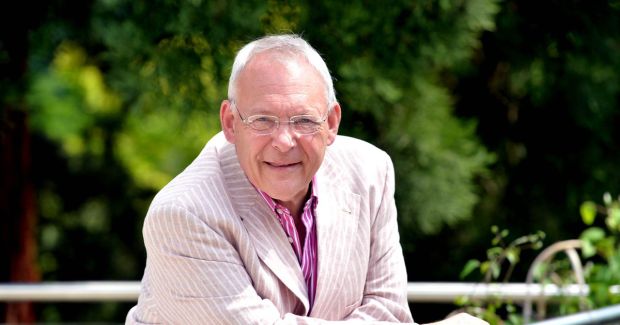 The veteran sports television reporter and journalist, Gary Newbon was the first-ever Premier League Darts presenter for Sky Sports when the tournament first started in 2005.

Newbon did not come back for the next 14 Premier League Darts seasons as he was replaced with current Sky Sports darts presenter Dave Clark, who will be anchoring the tournament in his fourteenth season in 2019. 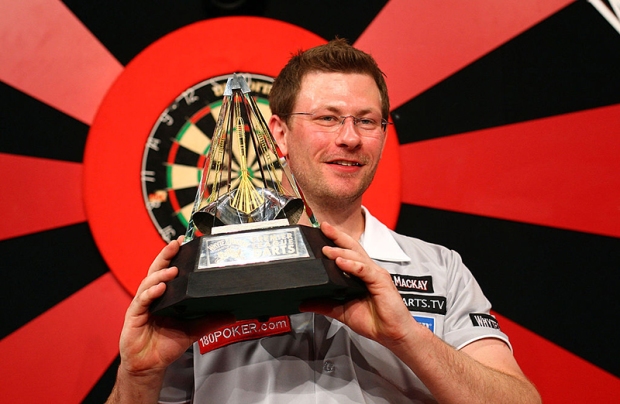 It was also in that season where Phil Taylor’s four-year reign as Premier League Champion ended to Mervyn King in the semi-finals. King, unfortunately, could not defeat Wade as the Aldershot thrower won by 13 legs to 8.

The Power and The Menace joint-oldest entrants

Dennis Priestley and Phil Taylor are the joint-oldest entrants to have entered Premier League Darts in 2007 and 2017 at 56-years-old.

Priestley had his one and only Premier League appearance in 2007, losing to his former rival Taylor in the semi-finals. 10 years later, Taylor appeared in his final Premier League Darts season in 2017, losing to Peter Wright in exactly the same position as “The Menace”. 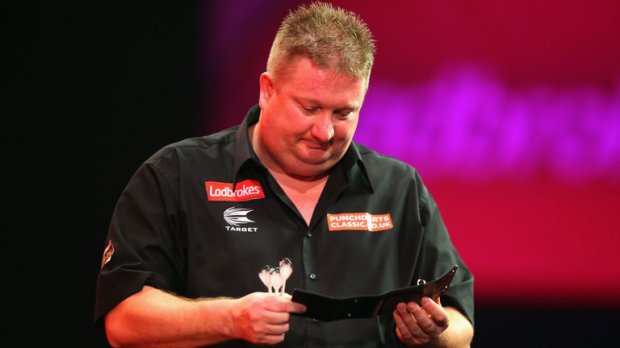 Colin Lloyd played a major part of the first three seasons of Premier League Darts from 2005 to 2007.

Lloyd still holds the biggest-ever defeat in a Premier League final against Phil Taylor in 2005 as Taylor won by 16 legs to 4 to claim the £50,000 first prize over Jaws in Manchester.

Australia’s Simon Whitlock is the only overseas player in Premier League history to have hit a nine-darter when he achieved the feat in the 2012 season.

Whitlock achieved a nine-darter against Andy Hamilton in the second leg of the semi-final, hitting two 180s before checking out 141 with T20, T15, D18 to send the O2 Arena ballistic with the perfect game.

Happy 15 seasons of Premier League Darts and let’s hope that the tournament continues to bring more excitement, and memorable moments for the coming seasons.