As one chapter ends, another chapter begins. Tomorrow at Symphony Hall, Birmingham, I officially graduate from Birmingham City University with a Bachelor of Arts Upper Second Class Honours (2:1) in Media and Communication (Journalism).

These three years have been life-changing for so many reasons, not to mention the huge increase in confidence and skills I have gained not just on my course, but in the extra-curricular activities I have done. The friendships and contacts I have made will never be forgotten due to the impact they have made in my professional career and life.

Going to university with Asperger’s Syndrome may have been a challenge at first, but I stuck at it and everyone in the three years at BCU understood my disability. Instead of using it as a negative, I turned my Asperger’s into a superpower which enabled me to follow my journalism passion whilst showing keen interests in data journalism, analytics, website design, code and other media disciplines.

Yes, there have been some tough moments in my time at university, but the positives far outweigh the negatives. Those negatives have toughened me up to the point where its moulded me into the professional I am today.

The stand out moments of my time at university have been working as a Sports Sub Editor for The Scratch magazine in my second year. Attending high-profile events such as the 2015 Silverstone Classic and 2016 AEGON Classic Women’s Tennis tournament were some of the highlights in this position. 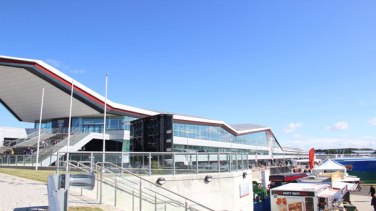 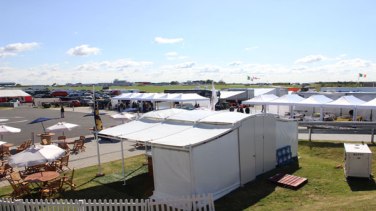 I was also responsible for launching the Birmingham City Students’ Union sports coverage which was well-received by the sports teams and Students’ Union that I won an award for Media Student of the Year at the 2016 Team BCU Awards in May 2016. A moment that will stand out for the rest of my career as a journalist.

Also, a stand out moment that remains dear to my heart is the Level Up programme that I was part of in my first year at university in September 2014 as a participant, all the way to my last two years as a Mentor in 2015, 2016. The programme was so important to maximising my time at BCU in which I took on additional roles such as a Student Academic Leader for my year in the Media and Communication course for three years.

This also led to more awards at the 2017 BCU Extra Mile Awards in May 2017 in which I claimed runner-up for Student Representative of the Year, as well as winning the Team of the Year and the Vice Chancellor and Students’ Union Award with School of Media Level Up Mentors. If it was not for the mentors and the incredible work Neil Hollins, Kerry Gough, Jamie Morris and Ella Robson have put into this project, this success would have not been possible.

The number one moment of my time at BCU on the Media and Communication course has to be spending two weeks down at Sky after winning a two-week Scholarship to work in their Osterley headquarters. An amazing experience that sticks out among all the placements I have done.

Most importantly, the skills I have learned from the Media lecturers, particularly from Ross Hawkes and Paul Bradshaw have been so invaluable to my career. I would not be in the position I am today without their continued drive and push to make me a better multimedia and data journalist.

Paul has been instrumental towards my push to become a Data Journalist and Analyst and I cannot thank him enough for introducing me to data journalism. Data visualisation and using Excel is pretty fun once you get the hang of wrangling, scraping and cleaning the data to find potential story ideas.

On the other hand, Ross has given me the foundation to enhance my core journalistic principles and apply it to real-world reporting. Those skills are key to adapting in this changing industry and I never take for granted what I have learned in those three years as a journalist from Ross and Paul.

To sum up my time at Birmingham City University, it has been a life-changing experience of biblical proportions. The achievements and results I have achieved with my Aspergers has been rewarding in so many ways and I would also like to thank the media lecturers and friends I have made over the last three years for making my BCU experience the best it could possibly be.

Finally, some advice from me on making your university experience the best it can be. Get active and take part in as many projects and extra-curricular activities as possible, particularly from a Media and Communication course standpoint. If you are doing journalism, make sure you are always upskilling yourself and actively reporting because it will all pay off in terms of stories and getting your name noticed.