Another day, another week where I claw through the array of sports stories on the internet and the media that I read on an endless daily basis. I did find myself yesterday afternoon at university reading through a particular article on the BBC Sport website on the F1 section titled “Bernie Ecclestone: Women drivers in F1 would not be taken seriously”.

Not only did this article leave me frustrated at Bernie, but the wider motor racing and sports sphere because this is not the first time that Ecclestone, who is the President of Formula One Management has said such disparaging remarks to women who want to get into F1 and motor racing. In 2005, he said:

“You know, I’ve got one of these wonderful ideas that women should all be dressed in white like all the other domestic appliances.”

The first time I read that statement, I thought “Seriously, does he have a real problem with women competing in sports against men?” Whilst I have been covering university Women’s Sport for my society The Scratch, part of Scratch Media, it really has opened my eyes to see the workrate and commitment these girls put in day-in, day-out in sports such as netball and field hockey. Yes, the matches aren’t to TV-coverage levels, but its just as fun to watch as a professional match and I have loved reporting on the Team BCU teams as the Sports Editor for the magazine in my second year at uni. 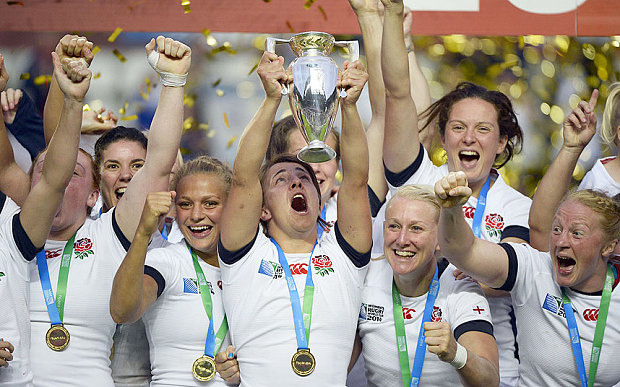 Although we are seeing a huge surge in popularity with women’s sport in terms of the fact that the England Lionesses football team reached the semi-finals of the 2015 FIFA Women’s World Cup last year and the Women’s Rugby team won the 2014 Women’s Rugby World Cup. The coverage of these milestones for women’s sport aren’t shouted about louder than the big men’s sporting events. Take the previous FIFA Men’s World Cup football in 2014 which had a global estimated audience of 3.2 billion viewers, including 1 billion for the final according to Kantar Media and FIFA.

What was interesting about these figures was that in terms of the “online viewer”, 280 million people globally watched matches over a mobile device, which for a global sport like football is unprecedented. Meanwhile in motor racing, MotoGP, Formula E and the British Touring Car Championship embrace the use of social media. F1 which has been late to embrace social media hasn’t been all too enthusiastic, restricting a potential young audience from following certain sports in the future.

Although the tides are changing in sport and in motor racing for women, it still remains male-dominated. As a sports fan and someone who plays tennis, I really would like to see some parity between male and female sports media coverage because while I love F1, the comments Ecclestone makes to females are not on and are damaging to getting them into the sport of motor racing and sport in general. Maybe its time I took a stand and stood up for both men’s and women’s sports in the quest for equal media coverage myself.