It’s been a goal of mine to attend the London Tableau User Group this year since I knew a lot of the Tableau community there through social media. Since I attended my first Tableau User Group in my home city of Birmingham in March, I came into this TUG with no expectations.

I got into London in good time at around 4:00pm on a sunny Monday afternoon in Southwark and immediately drank some water to cool down. I was not too far away from the Tableau Software UK HQ so it was ideal to gather my thoughts, relax and focus on tonight. At no point did I want to enter the building during that time as I learned that it is better to be punctual than early to a User Group meeting.

As the time ticked over, I started to meet up with my London Tableau community and networked before I got into Tableau Software’s UK HQ. It was from there that I met Nick Bignell (One of five Co-Leaders of the London TUG) who signed me in and then I was greeted by a handshake by David Pires (also a Co-Leader for the London TUG). The nerves went and I went into full networking mode.

It was from there that I met the author of The Big Book of Dashboards, Andy Cotgreave who signed my copy of the book and I got a chance to talk with him. Andy was someone I wanted to meet within the community as he is the Technical Evangelist at Tableau and such an inspirational figure in data visualisation. 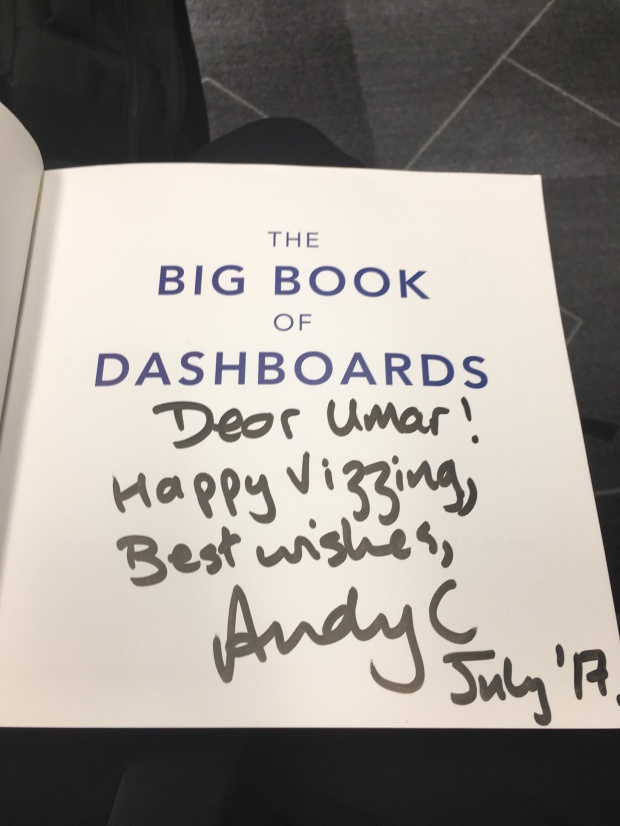 After a brief introduction from David, the CMO of Tableau Software Elissa Fink gripped me with her talk on data and how difficult it can be to embrace change. I found Elissa a fascinating speaker that made me want to take every word she said and apply it into the work I currently do on my Tableau Public profile. I also got a chance to speak with her and make a suggestion or two on the 10min break.

Then, last but by no means least was Andy, who not only dazzled me with his magic, but also his amazing speech on “What is a dashboard?” Similar to Elissa’s talk, I was instantly hooked on what Mr Cotgreave had to say because it was applying real world examples and giving the audience in the room a chance to debate on whether different dashboards illustrated in the presentation were dashboards or not.

Once the speeches were over, it was time for pizza and networking and that was a chance for me to network with first-time London TUG professionals who use Tableau. It was really interesting to hear how much Tableau was used in various companies in London because I had only heard about how Tableau was used in the West Midlands for a transport company so it gave me some fantastic insight into how Tableau can be used effectively to generate insightful questions through dashboards and data visualisations.

I want to thank the Pauls, Sarah, Nick and David for an excellent Monday night in London, it definitely brought a smile to my face and cheered me up on my train home to Birmingham. The biggest thank you has to go to Pablo Gomez. 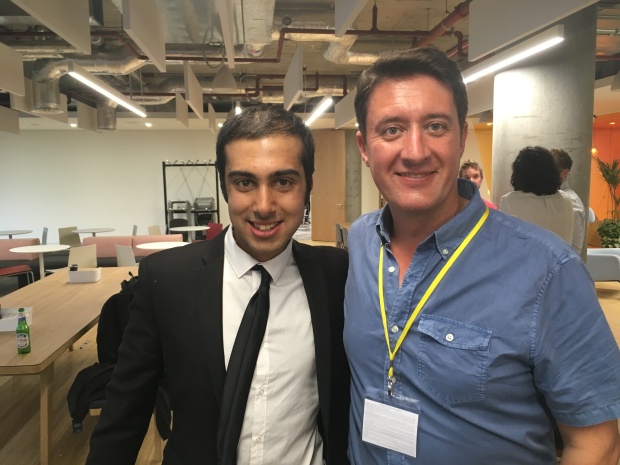 Pablo was lovely from the first moment I met him on Monday evening, and went the extra mile to ensure that I was enjoying myself. It’s not often I come across people who genuinely care as much to help people become confident in a sociable environment and having Asperger’s, Pablo was fantastic at introducing me to new people in the community and I cannot thank him enough.

In terms of my next appearance at a London TUG meeting, I will 100% be there for the remaining meetings for the rest of the year, provided I do get a graduate job. But, thank you to the London Tableau community for making me feel part of the family.